Round A Double Number in Flutter DART After Decimal

Hello friends, First of all Happy New year. I know it’s been late but I was busy then. Now let’s come to the main point, In today’s tutorial we would learn about Dart Math inbuilt functions round(), roundToDouble(). We would also discuss another method in which If user creates Float number using var declaration. Then it does not properly works as a Double then above round and round to double methods will not work on it. Now to work it properly we have to convert first it into string and setting up 2 Decimal after point then again convert it into double. I have explained all the work here in this tutorial so you don’t have to worry about it. So in this tutorial we would learn about Round A Double Number in Flutter DART After Decimal.

Contents in this project Round A Double Number in Flutter DART After Decimal :-

4. Creating 2 Double float variables using double and var syntax. We would convert them one by one in a function.

6. Creating Widget Build area -> here we would make 1 Button widget and call the above function on onPress event. 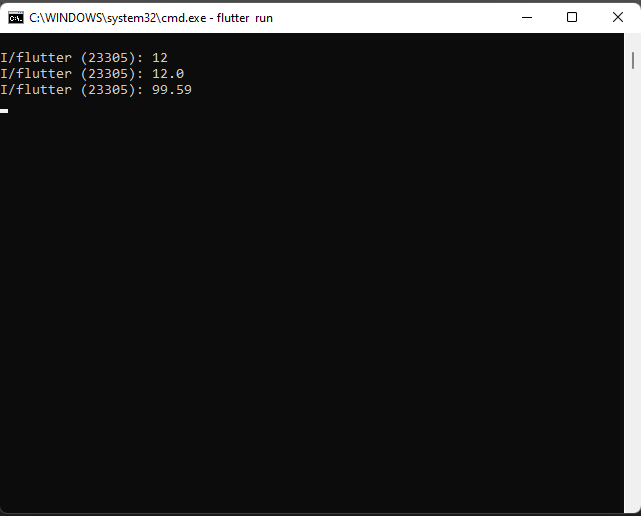 Flutter Solve Your app is not using AndroidX Build Migration Error
How to Install External Package Dependencies in Flutter Project Manually From Pub.dev
Example of Sort Array List Alphabetically in Flutter Dart
How to Call Recurring Function in Flutter Dart Repeat Method
Flutter Solve A splash screen was provided to Flutter, but this is deprecated Error