Hello friends, In today’s tutorial we would learn about App versions in flutter. First of all we have to know about App versions. In flutter or every web or mobile application a version is project build with a fix pattern or scheme. Now when time passes developer made few changes in the app after giving user reviews. This is called as Upgradation. After each upgrade developer gives his application a fix but increment number.

For example You are creating a application and it’s first version number is 1.0.0 . Now after some time you make few changes in the app and relaunch it with upgrade. Now you will change its version number to 1.0.1 or 1.1.0 as per your choice. It’s completely up to you what version you want to use. So In flutter there are basically 2 methods to Flutter Change App Version Code and Version Number. We would learn about both of time in our tutorial. So let’s get started 🙂 . 1. In the first method, All you have to do is Open your flutter project in any code editor. I’m using Visual Studio Code Editor -> Edit Pubspec.yam file.

2. Now in this file you will find a line associated with version. See the below line for example.

3. Now in this like before plus 1.0.0 is your application version number and after + is your version version code. You can update them as per your choice.

4. After upgrading version code and version number. We have to execute flutter clean command in our flutter project Root area. This command will delete all previous build Gradle and rebuilt it with new version. 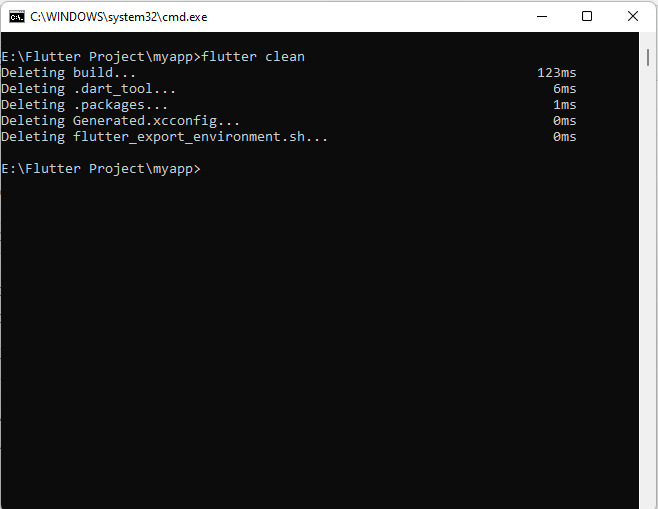 Flutter Creating Elevated Button with Material Icons Example
Flutter Place Widget at Bottom of Screen
Flutter Dart Abstract classes can't be instantiated Try creating an instance of a subtype Error Solu...
How to Use Ternary Conditional Operator in Dart Flutter Example
IF Else & Nested IF Else Conditional Statement in Flutter Dart Example