In Dart programming language we have heard about two most used keywords Const and Final. In Today’s tutorial we would learn about what are major difference between Constant and Final keyword in dart in fully explained example. We would also learn about how to declare constant and final variables in dart programming language. So let’s get stated 🙂 . 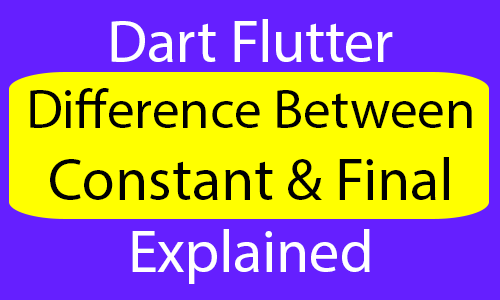